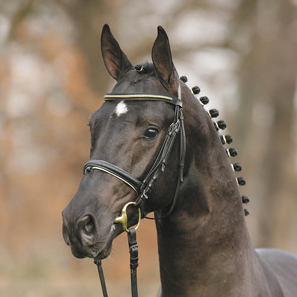 Sire of champion stallions and Bundeschampions

In 2006, San Amour was premium sire and price highlight at the Oldenburg licensing in Vechta. In 2008, he was honoured as main premium champion and in his stallion performance test, he was champion of the dressage index (rideability 9,5). Furthermore, he qualified for the Bundeschampionship and was placed in the finals. In 2014, the number of his licensed sons went up to 34, among them Sandbrink, champion stallion of the South German licensing 2011 and several premium candidates. From the first crops of foals, daughters of San Amour were awarded with the predicate state premium mare in a remarkably high frequency in several breeding associations. The Oldenburg elite mare show 2011 was literally a San Amour festival: of the nine admitted daughters from the Premierenjahrgang, four went into the Brilliantring and were placed second, third, fourth and ninth. In 2012, he had four daughters, the highest share of a sire´s progeny, at the Westphalian elite mare show. Highlight of the year was the daughter Calamity Jane, champion mare of the Oldenburg elite mare show in Rastede. He consistently produces top horses for different auctions. His offspring, Stern von Afrika, was Oldenburg Landeschampion and vice Bundeschampion of the three year old mares and geldings. San Amour´s dam is the highly remunerated Puppenfee, who is equipped with quality movements and was Oldenburg reserve champion mare. She produced San Amour´s full sister Auguste Victoria, Oldenburg Landeschampionesse in 2008 and his licensed full brother San Amour II (PB/privately owned stallion, BEL). Bred to Fürstenball, Auguste Victoria produced the Oldenburg reserve champion mare 2014, Amelie. San Amour is bred for performance: dam sire Plaisir d'Amour was successful at Grand Prix for years and participant of the World Equestrian Games 1998. The Oldenburg legendary sire Figaro as well as the thoroughbred Kronprinz xx, were stallions that sired horses for performance. 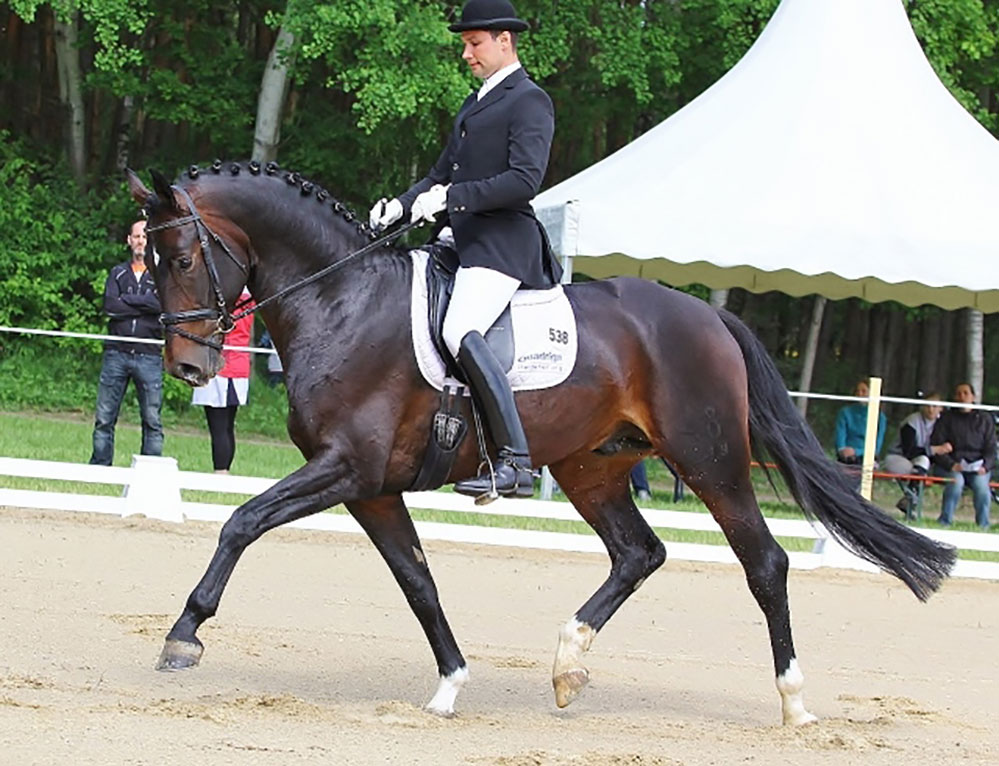