A superb pedigree, combining the superb Royal Diamond with the full sister of World number one eventing stallion Heraldik xx.

Royald Diamond is famed for the rideability of his offspring, and he brings the super blood of Rubinstein and the Anglo Arab Inschallah. Royal Diamond won the stallion performance test, the Federal Championships and countless Prix St. George and Intermédiare I competitions. At the age of nine, he already successfully participated at Grand Prix events.

Heraldik xx is one of those very rare stallions who has had offspring compete at the highest levels in all three disciplines. Currently Herald jumps for Spain every week in the Super League, whilst his eventing offspring include Olympic Gold medallist Butts Abraxas, Butts Leon who came 2nd at Badminton in 2010 and Happytimes who won Chatsworth in 2010. One of Heraldik's offspring also competed in the European Dressage Championships in 2009 at Windsor.

At the WEG in 2010 Heraldik had three offspring in the eventing, and two in the showjumping. 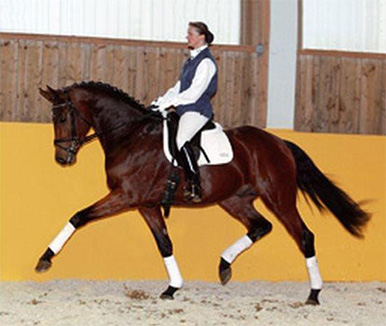 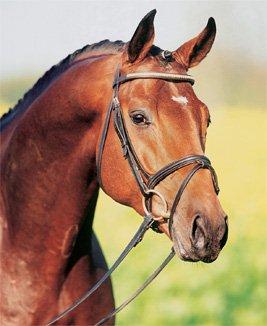 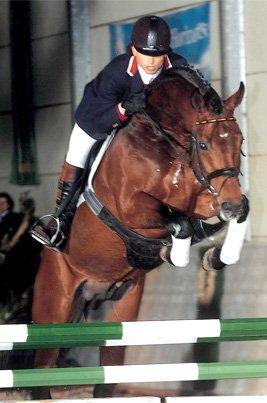 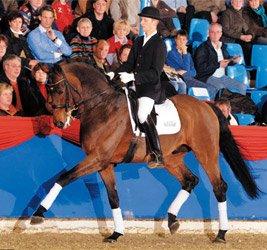 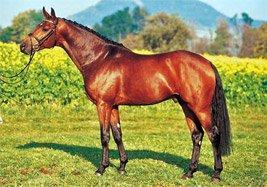 Description: A classic thoroughbred type sporthorse, with an elegant neck and good connections throughout. Top class movement and correct style over a fence.

Royaldik has a stunning hind leg action which he passes on.

Performances and Results:Royaldik sensationally won both the 30 and 70 day tests in Neustadt-Dosse with a total score of 144.8. Of this combined score, he scored 149 for his dressage and 126.6 for jumping. These are outstanding scores by any measure.

Royaldik was the superstar of the Burghley stallion parade, perhaps eclipsing his stable mate Grafenstolz.

Comment on offspring:His offspring are very modern in type, exhibiting elegance and blood, with superb movement and jump.

Offspring results: The five year olds are already noted for their rideability and super temperaments. Royaldik has already had a vice Bundeschampion from his first crop.

Royaldik capped off the 2012 breeding season by siring the BEF champion foal, as well as the 3rd and 4th, all from his first UK crop. Royaldik has the UK's highest average score across all disciplines for stallions with more than 14 offspring presented. Will be at the Express Eventing opening round on 17th November ridden by Alex Hua Tian.