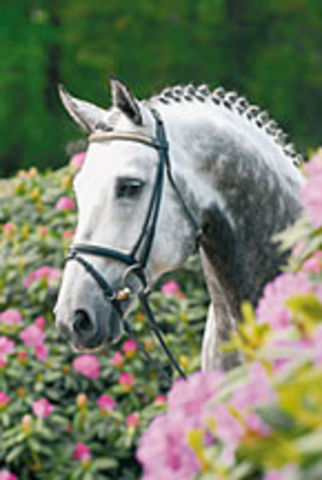 Royal Diamond is the youngest full-brother of the multiple champion Rohdiamant. The latter took the lead of the juvenile stallions in Oldenburg in 1992, and in 1993 became state as well as national riding horse champion, and on top of that, was runner up at the stallion performance test in Adelheidsdorf. In 1994 he was state dressage horse champion, which was followed by a further triumph at the Weser-Ems-Hall, where he advanced to become a I-a main premium winner. Following series wins in dressage horse competitions, he was awarded the title of federal champion five-year-old German dressage horse in 1995, while in 1996 he attained an outstanding seventh place at the federal six-year-old trials. He is meanwhile celebrating successes in Grand Prix. The bloodline of the foundation mare Elektia also brought forth the champion mare of the Top Horse Show of 1984, Arabella Queen (by Admirand), as well as diverse Vechta auction horses and the approved Creskando (by Corlando). The combination of the dressage phenomenon Rubinstein I with daughters of the Anglo-Arabian Inschallah AA produced not only Rohdiamant and Royal Diamond, but also the stallion Reality and numerous competition horses.

Royal Diamond was a I-f premium stallion of the Oldenburg approvals and was champion stallion of the stallion performance test in Neustadt / Dosse in 1997. In 1998 he won a number of dressage horse competitions up to elementary level with scores including 9.0. He was moreover state vice-champion four-year old riding horse and was a placed finalist at the federal championship. Then in 1999, following wins in series in dressage horse competitions the grey stallion became runner-up of the federal five-year old dressage championship. In 2000, he left his fellow contestants behind, to win gold at the federal championship of six-year old dressage horses under his rider Lisa Wilcox, after previously having decided the state championship in his favour. Royal Diamond meanwhile easily masters advanced dressage competitions. Royal Diamond's career (Lisa calls him "Professor"): 1996 - higly placed in the Premium Ring at the approval in Oldenburg 1997 - hands down winner of the performance test in Neustadt/Dosse with an overall score of 140.65 points (dressage 150.93) 1998 - Reserve Champion Stallion for the Main Premium in Oldenburg, series winner of elementary dressage horse tests 1999 - Sire of 3 foals at the Vechta Fall Auction with an average price of 21,134 euro. Vice German Champion of 5-year old dressage horses 2000 - VTV Dressage Stallion prize, State and German Champion of 6 year old dressage horses 2001 -3 State Premium mares and 3 approved stallions. Royal Discovery, (euro 115,041) was the top priced horse at the Vechta Fall Auction. Royal Diamond wins a series of dressage tests up to Intermédiare I, earning euro 10,644 in prize money 2002 - 4 State Premium mares and 4 approved stallions. His son, Royaldik, won the stallion performance test in Neustadt/Dosse. 31 successful off-spring with euro 3,971 total prize money. Royal Patina, winner of 3 year old Filly Materiale and Fillies under Saddle classes in Devon/USA. Royal Diamond himself won euro 13,328.00 in St. Georg and Intermédiare I just in Germany. Awarded the title of Promising Stallion at CDI*** in Zwolle, Netherlands.

Royal Diamond presented a high class first crop of foals. The evaluation of his foals as well as his sporting attributes provided the foundations for the award of the I-b main premium on the occasion of the 1998 Oldenburg Stallion Days. In 1999 three of his foals were sold for an average price of DM. 41,333 at the Oldenburg elite auction in Vechta. 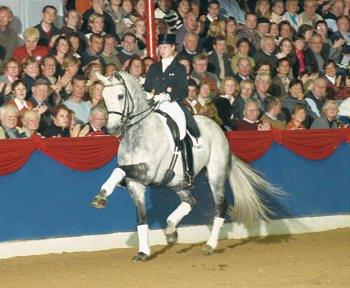 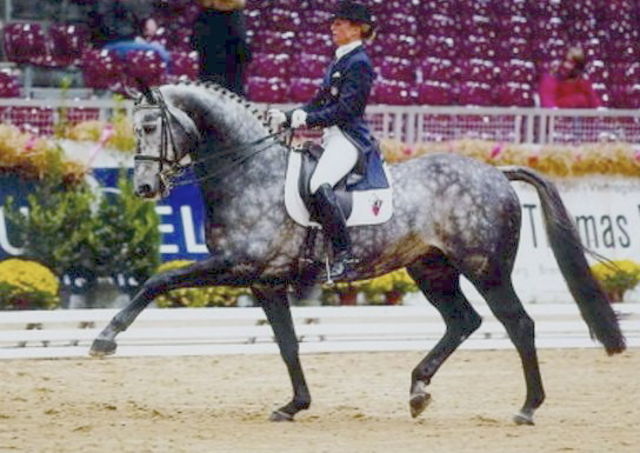 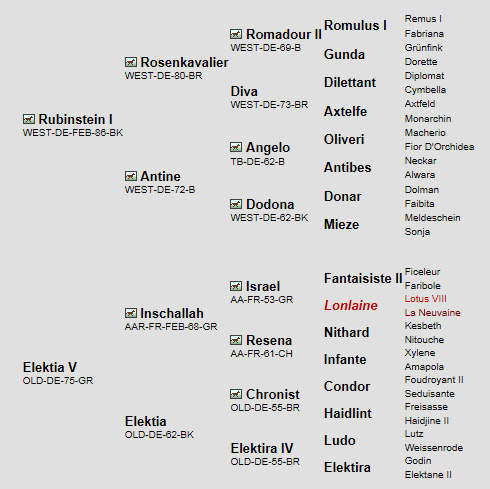