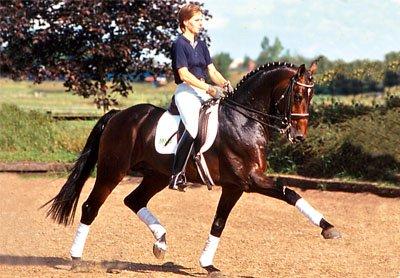 This elegant modern type stallion has now produced 13 approved sons, as of Jan2003, including the record priced stallion of the 1998 Verden stallion market, Riccione, who sold for DM 350.000. His daughters have also made the headlines in Germany: Ribera Grande was the best Hanoverian mare at the 2000 Euro-Mare Championship in Brussels, Belgium and St Pr. St Ravenna M was highly placed at the 2000 Federal Championship in Warendorf.

At his 100-day-test in 1994, Regazzoni scored an outstanding 152.16 points including perfect 10's for temperament and rideability, traits which he readily passes on to his offspring. His dressage index alone was 140.53 confirming him as the highest scoring stallion out of the 52 other stallions at the Munster-Handorf site.

In 1995, Regazzoni was federal vice-champion German riding horse in Warendorf and in 1996, he won the finals of the German five-year old dressage championships. Regazzoni is currently being ridden at FEI Intermediere level.

In Germany he has been successfully bred to mares of all body types, producing long legged elegant offspring that have been very successful at breed inspections and in the dressage arena. 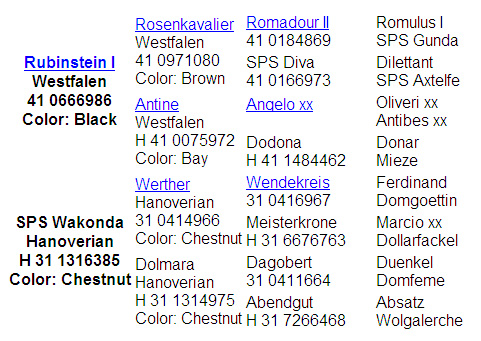 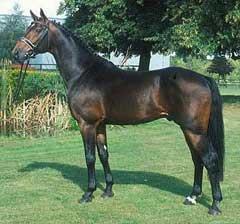 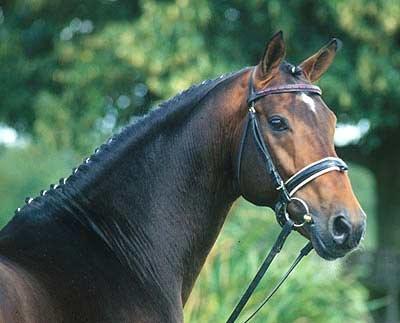