As three-year-old, Jameson RS2 won the Championship at the Den Bosch Stallion Inspection and selected for the KWPN performance test, after which he wrote his name on the Pavo Cup with Marieke van der Putten.

His father is Blue Hors Zack (v. Rousseau) who also was the Champion at Stallion Inspection and sold through KWPN Select Sale to Denmark. Jamerson RS2 mother Atilinda M is a Keur Preferent IBOP- sport--daughter of the Preferent top breeder Negro. Atilinda M also produced the National Mare Inspection Champion of 2017 Jatilinda (x All at Once), who placed 13th at the 2019 Pavo Cup.

Atilinda M is Inter I class in sport after she had 81.5 points for the IBOP, and produced three more elite daughters in addition to Jatilinda and five that succeeded in the IBOP. Her mother Tilinda M was sired by the great Grand Prix- stallion Krack C, and she produced a Z-level dressage horse out of Special D. Her mother Nilinda M, a daughter a Preferent Contango, is the mother of the Small Tour Horse Saintropez M (v. Mooiman), a ZZ heavy horse out of Vivaldi and Armani, and a Z- horse from Florencio. 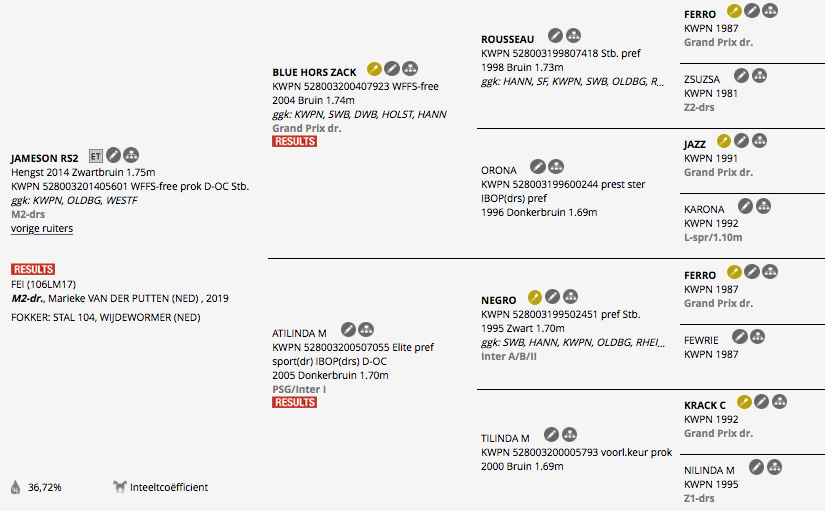