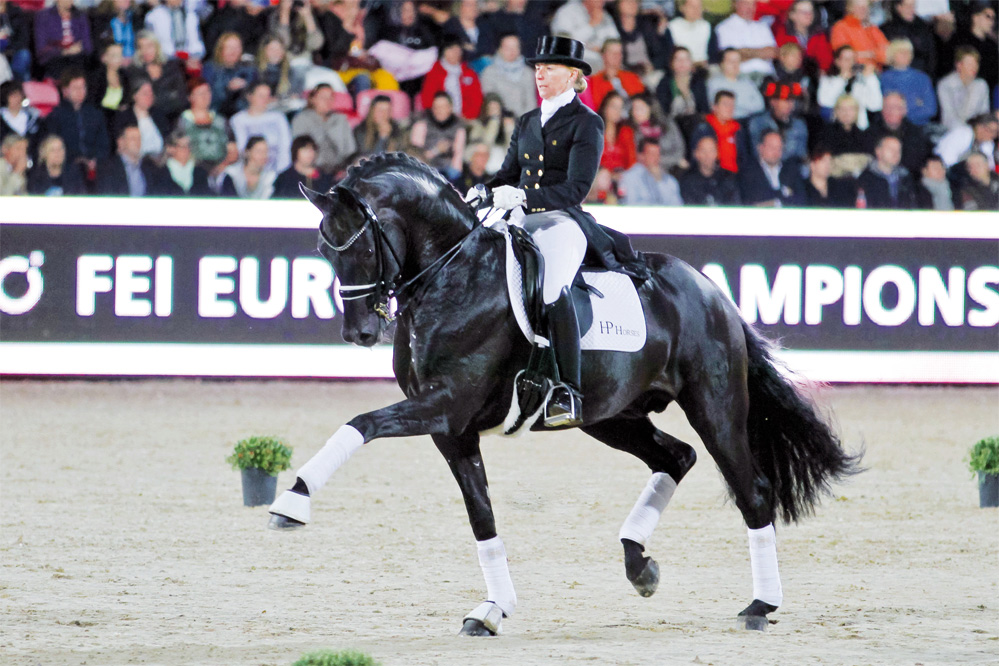 Fürstenball is a living legend. At every stage of his career, he has showed off his absolutely incredible willingness, strong nerves and relaxed temperament. Every single stride was uphill and his movements swung through his entire body. This wonderful champion stallion demonstrates three elegant and elastic basic paces and natural impulsion, all of which are passed on to his offspring.

Fürstenball was the outstanding winner of his 2009 performance test as well as champion stallion at the Oldenburger licensing in 2008, having sold for the record price of EUR110,000 as a foal at auction. He was regional and national champion of Germany, winner of S level dressage classes, 2013 VTV stallion of the year, and number 1 of the FN breeding valuation throughout Germany in 2015.

Fürst Heinrich was the impressive 2003 winner of the World Championship of Five Year Old Dressage Horses, and he has produced many first-rate horses despite his untimely death as a seven-year-old. He is high up on the FN breeding index with a score of 151, and is the sire of Woodlander Farouche, who was double World Young Horse Champion and is unbeaten at international small tour.

Damsire Donnerhall, is a modern-day foundation stallion and appears in the pedigrees of countless top-class grand prix horses, while the dam's Tierce bloodline consistently produces successful horses, such as the champion stallion in Oldenburg in 2007, Sieger Hit, top-class broodmares and successful advanced level dressage horses. In four generations on the mare line, every single mare bar one has been a state premium mare, and Fürstenball's dam Maradonna has produced four licensed sons herself.

Fürstenball's offspring have been sensational. In 2016, he provided the champion and reserve champion stallion of the Oldenburg licensing, and he already has over 40 licensed sons, including Farrell, Follow Me, Finest, Fürsten-Look, For Cruise, and Fürst Fabrice. 14 of his sons have been awarded premiums, and he has 14 state premium daughters. His offspring are just like their sire; active movers with a round, connected topline and excellent temperaments. 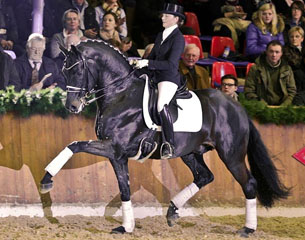