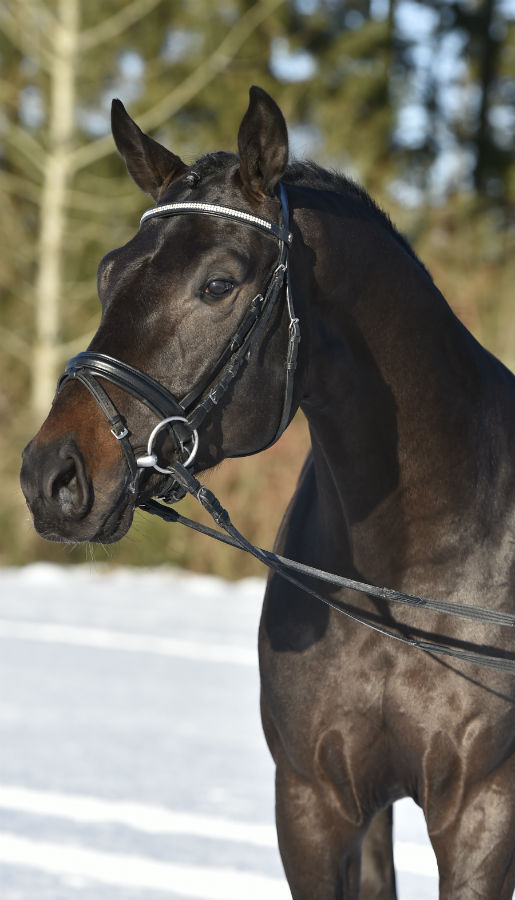 From his first appearance in the ring to the final victory lap, Freischütz received enormous applause at the Oldenburg licensing 2015, where he finished as Reserve Champion. His uphill gaits characterized by suppleness and impulsion thrilled the audience when he was shown in-hand and free. Especially his uphill canter with excellent hind leg action was very convincing. Breeding means looking at several generations  Freischütz is a clear example of this! All generations of his pedigree show the really big names from the past 20 years of breeding Oldenburg and Hanoverian dressage horses: his sire Foundation has received great attention after a spectacular first year of foals, and his great grand sire is the line founder Florestan. In addition, Donnerhall is represented three times in Freischützs pedigree, twice through De Niro, the best dressage horse producer in the world in 2015 (WBFSH); he has sired more than 30 Grand Prix horses on the World Ranking List. His dam sire, Del Martino, brings blood from the significant Trakehner Consul, and also Brentano II, who has sired several champion horses. As an extra bonus, Escudo adds show jumping blood with power and stability. The dam line also includes the stallions Rubinero and Santorini Hit, who have competed with success up to Grand Prix level.