Fürst Heinrich was well on his way to stardom before his life was sadly cut short at age seven. Awarded a Premium Stallion at his licensing, he then went on to become Champion of his performance test in Münster-Handorf. As a five-year-old in 2003, he was crowned World Dressage Champion. In his short breeding career, he has produced well over 40 licensed stallions, including many Premium Stallions, Champions and Reserve Champions. The impressive list of state Premium Mares sired by Fürst Heinrich is further evidence of the quality being produced.

Franklyns Dam is St. Pr. St. Aileen she is a prolific producer of successful sports horses. Please view the gallery for further evidence of her world class progeny. From Champion Warmblood 3yr at the Royal Show to Alex Hua Tians 2012 Olympic 3day event horse! Franklyn is British bred and co-owned by Ruth Mealey and Clair Gordon, who is also currently producing Franklyn Sugar. He has all the physical, mental, hereditary and genetic attributes required to ensure a successful career as a sire and serious competitor. 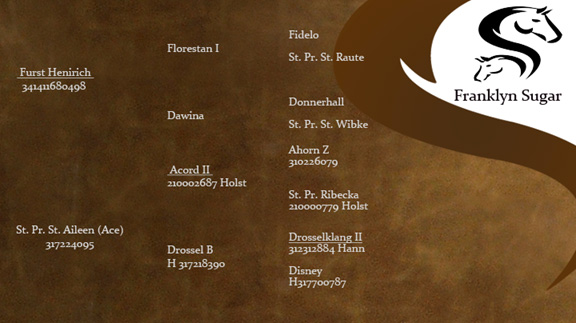 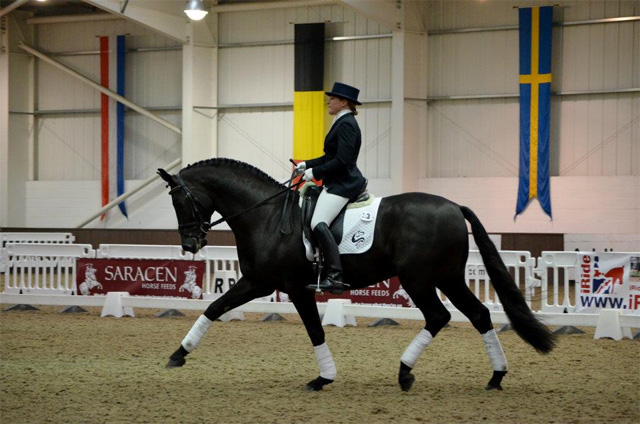