His first class talents have given him several wins & high placings in L & M level (Adv Medium), with scores up to 8,8 including at the International Competition in Elmlohe.

His first foals have shown to have inherited his elegance & 3 very good paces & have been very successful at foal shows in the UK , France & Germany taking Champion & Vice Champion titles, as well as several top placings.

At the BHHS Championship show his foals won Champion filly foal ( Diorissima) & Champion yearling filly ( Donna Walina) as well as all the others being placed.

Don Ricoss' sire Don Frederico was Champion of the Hanoverian licensing in 1999. In his performance test he was Overall Vice Champion with a score of 141.04 & Champion of the Dressage, with an outstanding score of 151.67. He is currently the sire of 20 licensed sons & 111 State Premium mares & in 2008 had a breeding index of 160 with 98% reliability. 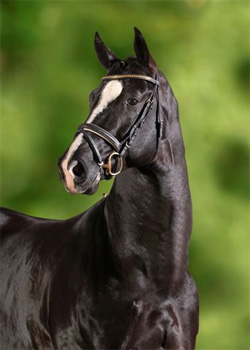 Windröschen is by the legendary stallion Weltmeyer, who is a multiple champion - stallion licensing, performance test, Bundeschampionat as well as the prestigeous DLG show.

Another Erina grandaughter Lawalda (Lauries Crusador xx/ Warnet) was sold at the 2006 Verden Elite Foal Auction for 65.000 Euros & her full brother Londondance who licensed as a Premium Hanoverian stallion & sold to Holland.

Eiger I Hanoverian Stallion of 1999, was known to pass on his type, correct conformation and very good rideability to his offspring. Very often they are talented for both jumping and dressage. Empire, ridden by Dr. Martina Fincke has won over 85,000 DM in dressage at Grand Prix level. His progeny include team World Champion Esprit FRH (ridden by Lars Nieberg) and Easy Jumper ridden by Jos Lansink . Another son Espri was also awarded Hanoverian stallion of the Year. 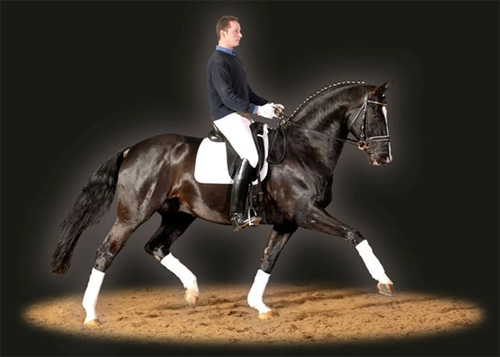