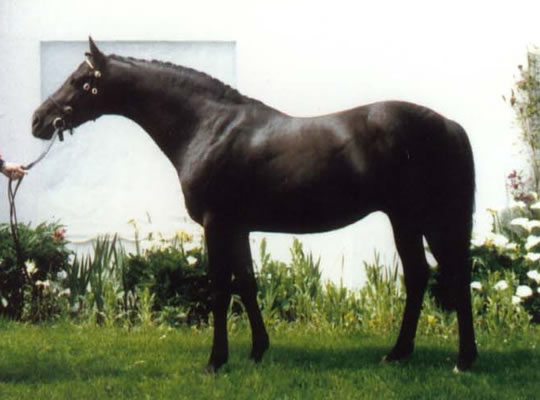 This exceptionally good-looking stallion moves well and has a kind temperament, which he passes on to his progeny. He was lightly shown very successfully, his wins included the West Midland Stallion Show, beating Soften Romany Lore where he was also Res. Champion.

His sire Cusop Fingerprint's wins included 1st and Champion Stallion N.P.S., 1st and Champion, Bath and West and Great Yorkshire where he qualified for the in-hand championships at HOYS.

His dam, Solway Little Star, after having a successful career under saddle proved herself one of the best broodmares in the country having produced Running Park Hill Star former Pony of the Year, Blaircourt Imprint Champion at the Royal and Ponies of Britain and Diptford Star Appeal, HOYS qualifier who won the Young Pony of the Year at Peterborough at 4 years.