An exceptional stallion with fascinating movement.

Dressage horse breeding in a nutshell: The large framed Bretton Woods inspires with his expression, rideability and outstanding basic gaits. He continues to bring new admirers under his spell and in 2011, won the bronze medal at the World Championships for five-year old dressage horses. One year before, he won in a convincing way the VSN-Trophy in the Netherlands, where he achieved a score of 10.0 for his rideability. Prior to that, he was placed first in his 50-day test of the KWPN. His former rider Emmelie Scholtens described him as "The best horse I have ever ridden". Bretton Woods is now ridden by Matthias Alexander Rath, who is carefully preparing him for the highest level of the sport and by the end of 2013 the pair have achieved several top rankings in Prix St. Georges.

Bretton Woods' offspring are brilliant in type and, as expected, big movers. In 2013 he presented, for the first time, a high number of foals in Germany, with the vast majority being awarded premiums and achieving top prices at auctions. Bretton Woods's sire Johnson, who became KWPN Champion Stallion in 2005 and was a finalist of the World Championships for young dressage horses in 2007, is also very successful in international dressage with Hans Peter Minderhoud. Bretton Woods' dam, Annabel, produced, with the stallion Jazz, the licensed stallion Chagall and was for years one of the highest ranked mares in KWPN breeding. With the exceptional black stallion De Niro, who is placed first in the WBFSH ranking of dressage sires, and the esteemed Romancier, who is also dam sire of Fürst Romancier, the maternal genetics are strongly secured.

He also won his Stallion Performance Test in 2010 with an overall score of 84.5 points. He scored a 7.5 for walk, 8.5 for trot, 9 for canter, 8.5 for suppleness, 9 for self carriage, 8 for rideability/character and 9 for dressage potential. 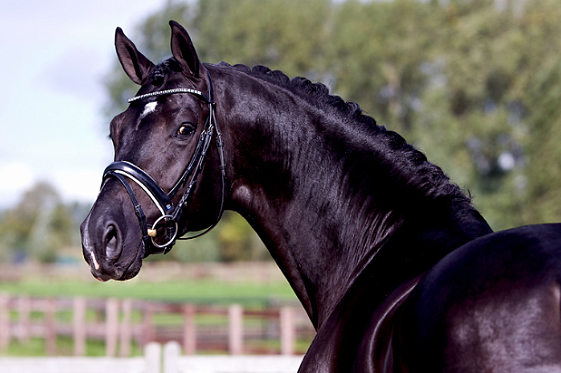