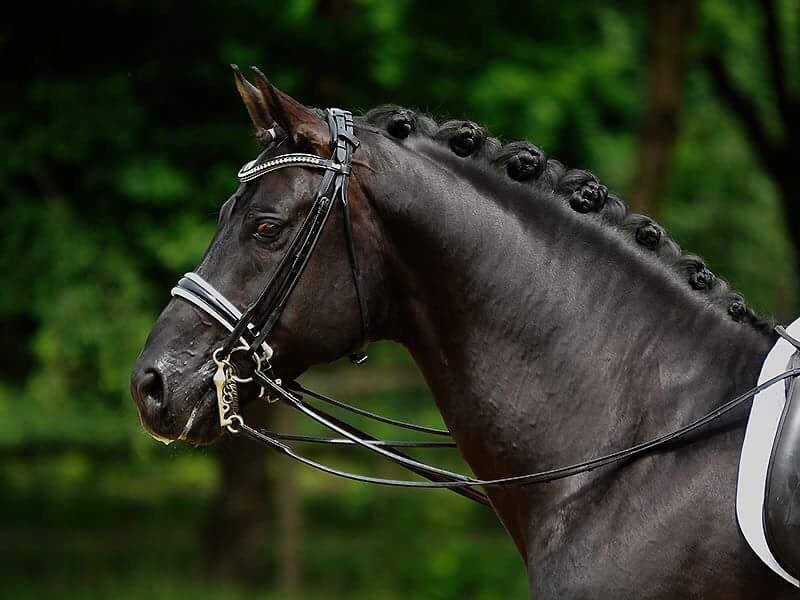 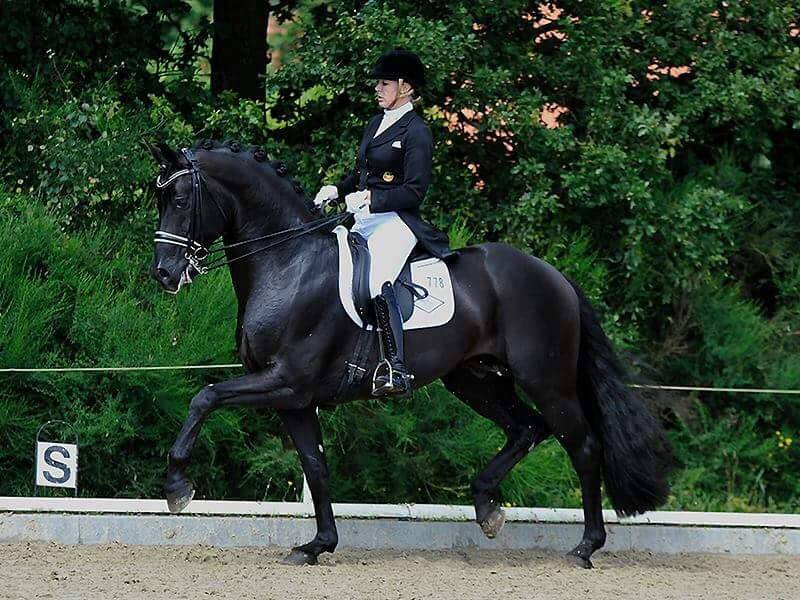 Fabulous moving premium stallion. Thanks to him the grading in Verden was once again an emotion packed celebration for our station.

Bon Coeur literally translated means 'good heart' and that is not the only thing this black beauty has in exactly the right place. From day one at the grading it was a pleasure for us to present this unbelievable natural talent. A horse with so much power but at the same time so elegant and light footed, incredible natural rhythm and balance but with elasticity that seems to know no boundaries. His God given poise and flawless work ethic combined with his fascinating mechanism in all three paces make him the epitome of the modern sport horse. Together with excellent rideability this black jewel fulfils every desire.

This intrigue along with his brilliant movement comes from the best dressage genes. In 2007 his father Benetton Dream was Bundeschampion of the 3yr stallions as a 5 and 6yr old was also qualified. At 7 yrs he was already successful at the higher levels and at 8 yrs he was a participant in the Nürnberger Burgpokal final. (PSG for 7-9 yr olds).

After competing successfully at Grand Prix level in 2013 he sold to Swedens Tinne Vilhelmson Silvfén as her new Olympic hopeful. Here the success story continues and meanwhile he has a breeding value of 153 points which puts him in the realms of the absolute elite. In this bloodline we also find Sandro Hit who through his own sporting achievements ( Bundeschampion and world champion 6yr dressage horses) and those of his offspring (numerous Bundeschampions, dressage world champion, several grading champions, other progeny with world cup and Grand Prix success). In the third generation comes old proven Hanoveranian blood from Carismo (winner of class in his time) and his sire Calypso II, whose Dam line includes the Lusitano, has already contributed multiple internationally successful progeny in both jumping and dressage. Noteworthy is that the combining of Sandro Hit with Calypso II has produced many highly successful dressage horses. Bon Coeur can largely credit his ability to carry and naturally tucked under active hind legs to his valuable jumping genes.

Based on his genius movement and a genetic cocktail of the superlative we are delighted to offer yet again a black wonder of the most modern stamp at our station. 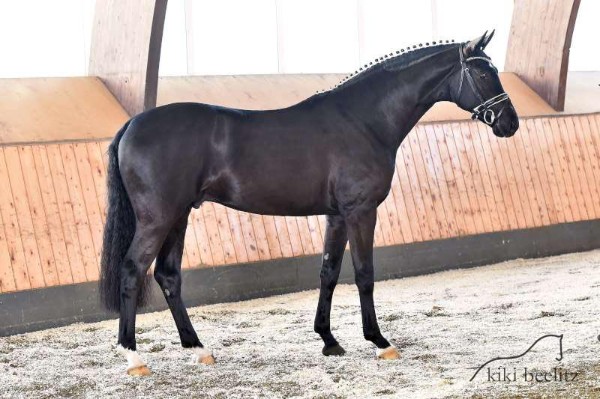 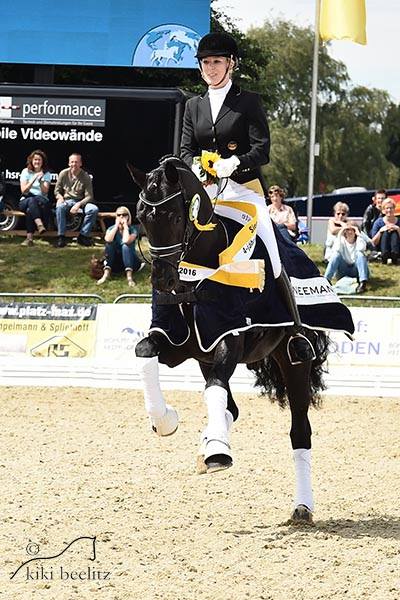