Bohemian has been awarded a premium at the 2019 southern German licencing in Munich. He oozes presence as soon as he sets in motion he enchants every observer. He moves extraordinarily with cadence, rhythm and an active hindleg that is very rarely found. His conformation is impeccable: he is tall, long legged and already has a noticeable look of a stallion. In April 2019 he passed his 14-day performance test with a dressage score of 8,2.

His Sire Bon Coeur was also a premium stallion at the hanoverian licensing in 2014 and won his 30-day test. Bon Coeur went on to become Hanoverian champion in 2016 and won the prestigious Bundeschampionate two years in a row. Bon Coeur's sire Benetton Dream (by Bolero) equally won the Bundeschampionate and so did Bon Coeurs dam-sire Sandro Hit.

Bohemian's dam descends from the Hanovarian Rotspon, who was awarded the title "Hanoverian of the year 2017). Rotspon is well known for passing on outstanding rideability and especially on the dam's side can be found in the pedigree of many successful dressage horses such as Showtime FRH. The brother of Bohemian's dam is successful at German S-level dressage.

In 2019 Bohemian will stand his first year at stud. We are expecting his offspring to be big movers in a dark coat colour. Bohemian has been colour tested. He cannot produce chestnuts, only bay and black as a base coat. His bloodlines allow him to be a match for a wide variety of mares. 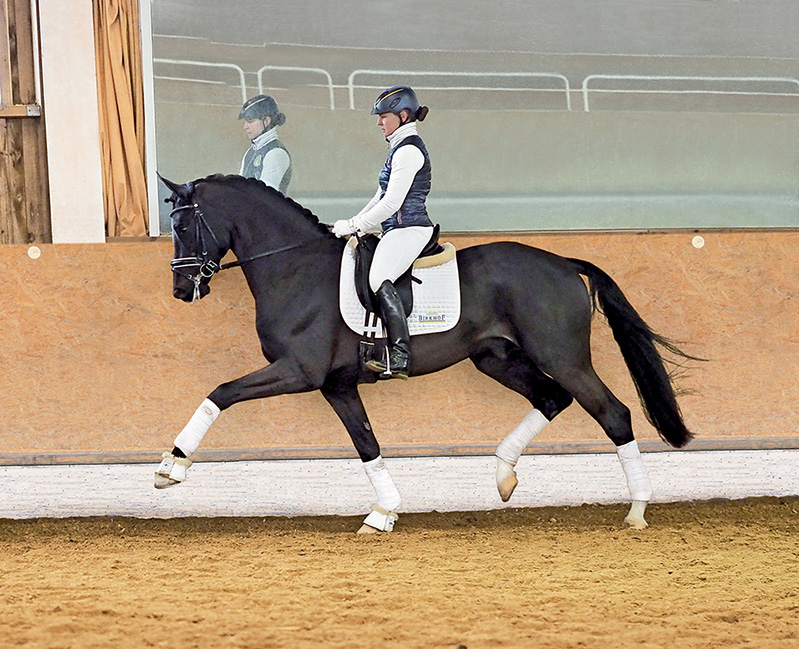 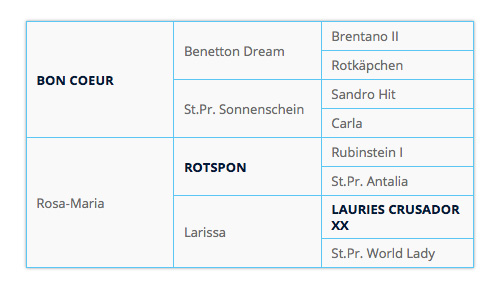