By Governor out of an Obelisk mare.

This stunning black beauty has a pedigree to die for, sired by the best son of Totilas. Governor is considered to be the most well bred stallion for the KWPN.

Governor's dam Orleans (Jazz) is the full sister to Parzival. Governor was the top producer in 2019 KWPN at the stallion licencing.

Orla herself has outstanding extravagant paces with so much grace and elegance. She was backed at 3 yrs and was easy and trainable, it was decided to put her in foal to give her time to grow and strengthen before going back under saddle. She is a delightful affectionate mare who has inherited the best from her illustrious family.

We are extremely excited to welcome her foal.

Orla is in foal to the hugely popular Furstenball due early June. Information on Fursentball is available on our Stallions page along with video's.

As a daughter of two-time World Championship silver medal winner Governor and the third level mare Wanuela, this well-moving Lovely Lady VDM has great future potential. Granddam Manuela is also known as the granddam of the fifth level horse Future (s.Rousseau) and is a half-sister of the fourth level horse Very Pleasure (s.Ferro) herself. The line then goes back to Fedora, a half-sister of the KWPN approved stallion Hilton (s.Damiro). From this direct part of the well-known Kattebel damline also originates the fourth level dressage horse Amuretto (s.Don Bedo). Sire Governor is claiming an unprecedented series of victories up to Small Tour level with Adelinde Cornelissen and leaves his mark as a sire with sons such as Koning, Kayne and champion stallion Kremlin MD 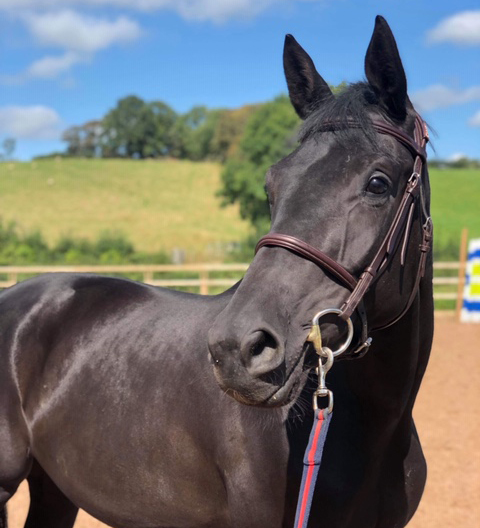